The time is coming for Trump to replace Sarah Sanders 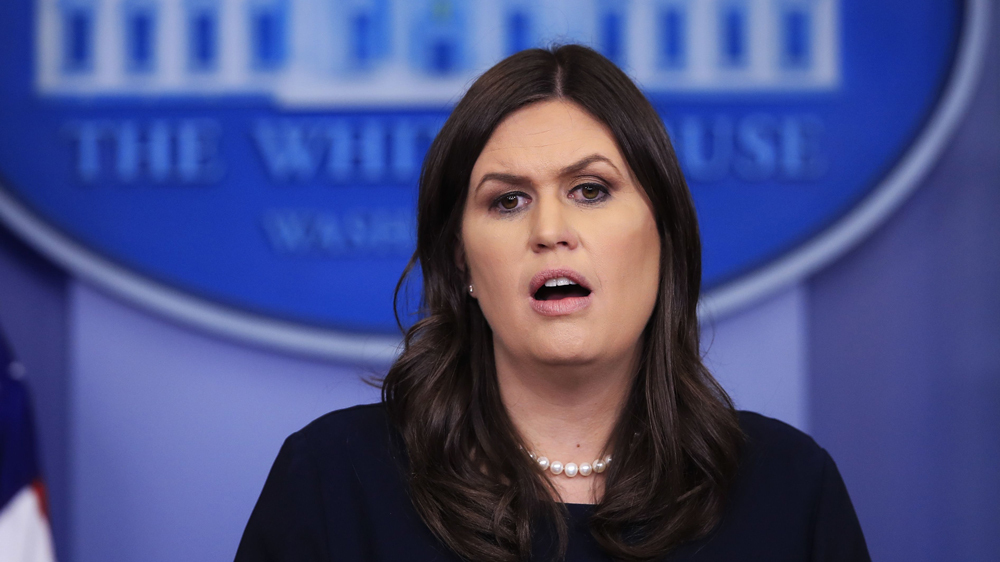 To be perfectly clear, my opinion has nothing to do with the highly politicized reasons given by some of the most disreputable members of the White House scribblers. For them, Sanders is just another person surrounding Trump who should be demonized by the #NeverTrump Resistance Movement within the Fourth Estate.

When it comes to anyone not buying into their pernicious and persistent anti-Trump narrative, the media weapon of choice is character assassination.  That is why their contempt and hatred goes beyond Trump and members of his administration to the more than 100 million Americans who they derogatorily refer to as “Trump’s base.”

While they see evil in the work of Sanders, I do not.   I think she is a very good person doing a very difficult job – made more difficult by many members of a press corps with all the characteristics of a pack of political jackals.

My reason for replacing Sanders is much more compassionate of the person – but unimpressed with the job she has been doing for quite a long time.  I do believe she is doing the best she can, but she is not suited for that role.

It has long been my impression that she is on the defensive too often – and not good even at that.  She does not take command of the podium, but rather pushes back occasionally by engaging in what can only be described as bickering. She has a so’s-your-old-man level of engagement that does not put her above the fray.  In the defensive mode, she is not persuasive – looking more like a fighter on the ropes.

She may respond, but often does not sell her points effectively – and too often walks into traps set by the more antagonistic members of the White House press corps.  She also lacks a sense of humor – even mocking humor.  She has no flair for the put-down that is essential in verbal combat.  It is the old issue of not what you say, but how you phrase it.

She would do well to learn from President Reagan, who could use both humor and anger with devastating effect.  Reagan at the podium was a joy to watch and hear.  Sanders elicits more of a wincing pain.

Oddly, the person who seems to have the best attributes for the role of presidential press secretary is Anthony Scaramucci, who survived in the job as White House Communications Director for a mere 10 days because of in-house political intrigue – not his innate communications ability.  He still appears regularly on various cable news shows – and remains one of the more articulate and effective defenders and representatives of President Trump and administration policies.

The only reason not to replace Sanders immediately is the fact that it would be interpreted as a chest-pounding victory of the members of the Resistance Movement within the press corps.  But it should happen as we get into the headwinds of the 2020 presidential campaign.

Donald Trump Confirms Launch of His Own Social Media Platform