Trump Vows Not to Cooperate With Dems Investigations 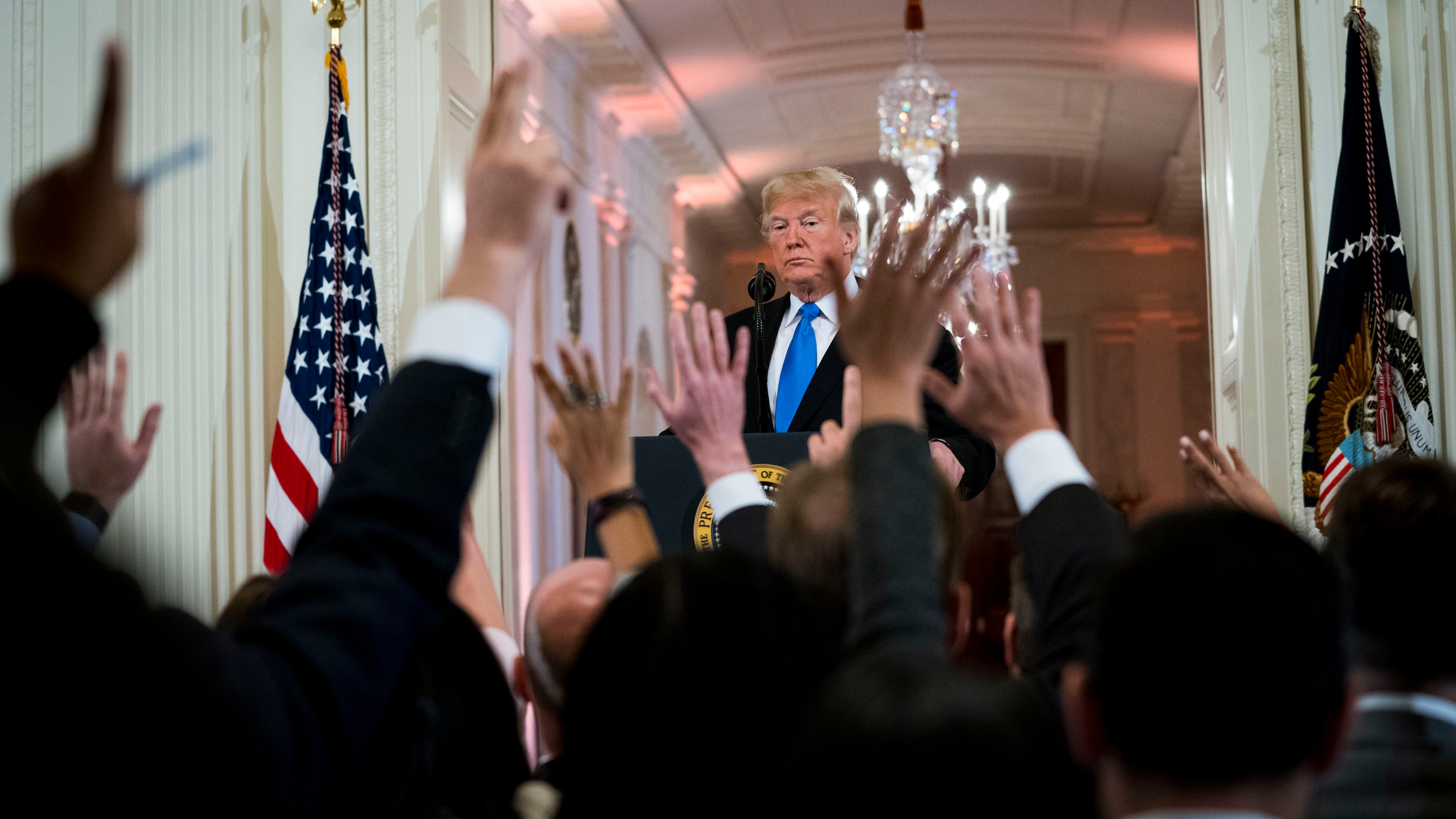 A hotly defiant Donald Trump has vowed that neither he, nor anyone else in his administration will cooperate with any investigations launched against him by the Democrat controlled House of Representatives.

The president said he would “fight back” against congressional Democrats issuing subpoenas for administration officials, while calling their latest bid to bring in former White House Counsel Don McGahn for testimony, “ridiculous.”

While exiting the White House en route to a drug abuse summit in Georgia, the president was asked about the McGahn subpoena issued by House Judiciary Committee Chairman Jerrold Nadler, D-N.Y., who wants to hear from the ex-White House lawyer after he featured prominently in Special Counsel Robert Mueller’s Russia report. He replied, “The subpoena is ridiculous. … I have been the most transparent president and administration in the history of our country by far. We just went through the Mueller witch hunt where you had 18 angry Democrats, that hate President Trump … they hate him with a passion. How they picked this panel, I don’t know.”

The president then again declared to the gathered throng of reporters, that the probe found “no collusion and they also came up with no obstruction,” adding, “I thought after two years we’d be finished with it, no—now the House goes subpoenaing. They want to know every deal I’ve ever done.”

The special counsel did not find evidence of collusion between the 2016 Trump campaign and Russia. But despite Trump’s comments, Mueller did not come to a conclusion on the matter of whether the president obstructed justice — rather, the report revealed an array of controversial actions and requests made by the president that were examined as part of Mueller’s investigation’s obstruction inquiry. McGahn’s interview with investigators factored prominently into this section, including a claim that McGahn disobeyed Trump’s call to have him seek Mueller’s removal – a claim that the president vehemently denies.

However, the White House told Fox News, that they intend to fight the McGahn subpoena as it resists a series of other congressional requests, and that Trump’s comments pointed to a bigger battle ahead on multiple fronts.

“We’re fighting all of the subpoenas,” Trump said. “Look, these aren’t like, impartial people. They are Democrats trying to win in 2020. …They’re not going to win against me.”

He added that “the only way they can luck out is by constantly going after me on nonsense.”

Did Mueller Want Congress to Take Up the Obstruction Question?

Barr and Deputy Attorney General Rod Rosenstein determined that the evidence found in the Mueller Report was “not sufficient” to support an obstruction-of-justice charge against the president. But Mueller’s language seemingly left the decision on obstruction up to Congress, which has caused House Democrats to intensify their already existing investigations into the president.

Chairman Nadler slammed the administration in response to reports that they’d fight the McGahn subpoena.

“The Committee has served a valid subpoena to Mr. McGahn. We have asked him to supply documents to the Committee by May 7 and to testify here on May 21. Our request covers the subjects described by Mr. McGahn to the Special Counsel, and described by Special Counsel Mueller to the American public in his report. As such, the moment for the White House to assert some privilege to prevent this testimony from being heard has long since passed,” he said in a statement. “I suspect that President Trump and his attorneys know this to be true as a matter of law—and that this evening’s reports, if accurate, represent one more act of obstruction by an Administration desperate to prevent the public from talking about the President’s behavior. The Committee’s subpoena stands.”

But Trump fired back, urging Democrats to refocus. “I say it’s enough. Get back to infrastructure, get back to cutting taxes, lowering drug prices. Really, that’s what we should be doing,” Trump said.

However, he also added that, investigators should “litigate” and “go after” the Democratic National Committee, “crooked Hillary,” and law enforcement officials who investigated his campaign.

Donald Trump Confirms Launch of His Own Social Media Platform

4 thoughts on “Trump Vows Not to Cooperate With Dems Investigations”