India denies visas to US panel on religious freedom 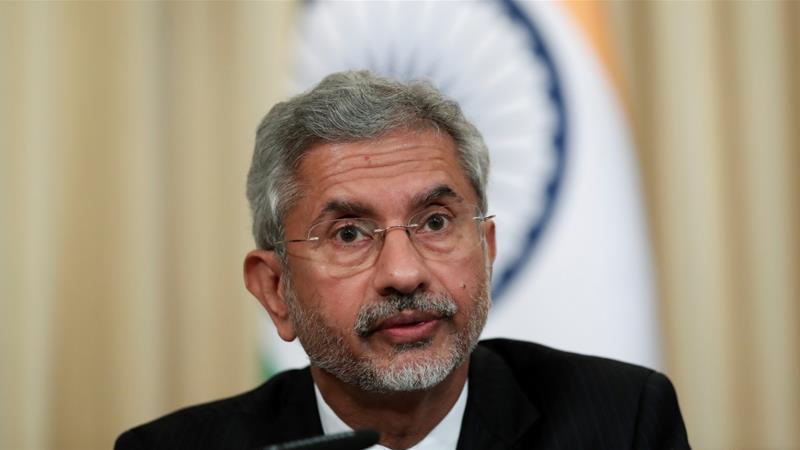 The visa snub to the US Commission on International Religious Freedom (USCIRF) on Wednesday came as the US Congress released its own religious freedom report while a top Trump administration official said he was “very concerned” about the South Asian country’s situation.

India’s Foreign Minister Subrahmanyam Jaishankar said the government firmly repudiated the surveys of the USCIRF, which had little knowledge of the rights of Indian citizens, describing it as biased and prejudiced.

“We have also denied visas to USCIRF teams that have sought to visit India in connection with issues related to religious freedom,” he told a legislator from Modi’s governing party in a June 1 letter.

The step was taken because the government saw no grounds for a foreign entity such as the USCIRF to pronounce on the state of Indian citizens’ constitutionally protected rights, he said, adding that India would not accept any foreign interference or judgement on matters related to its sovereignty.

Reuters news agency said it has reviewed a copy of the letter to Nishikant Dubey, an MP who had raised the issue of the panel’s report in parliament.

‘Have confidence to allow visit’

USCIRF spokeswoman Danielle Saroyan Ashbahian said its team wanted to travel to India for constructive dialogue with the government.

“As a pluralistic, non-sectarian, and democratic state, and a close partner of the United States, India should have the confidence to allow our visit, which would give it the opportunity to convey its views directly to USCIRF in a constructive dialogue,” she said in an email.

Since taking power in 2014, India’s Hindu nationalist government led by Prime Minister Narendra Modi has faced criticism for attacks on Muslims and other minorities.

In its report in April, the USCIRF had called for the world’s biggest democracy to be designated a “country of particular concern”, along with China, Iran, Russia and Syria

The panel had urged sanctions against officials in Modi’s government after it excluded Muslims from the controversial Citizenship Amendment Act (CAA) passed in December last year.

“In 2019, religious freedom conditions in India experienced a drastic turn downward, with religious minorities under increasing assault,” the report said.

The USCIRF is a bipartisan US government advisory body that monitors religious freedom abroad and makes non-binding policy recommendations.

Meanwhile, US Secretary of State Mike Pompeo on Wednesday released a new 2019 International Religious Freedom Report in Washington, DC. The report, mandated by the US Congress, documents major instances of violations of religious freedom across the world.

Referring to India, the report highlighted the revocation of Indian-administered Kashmir’s autonomy by the Modi government in August, the passage of the CAA in December, and attacks by Hindu vigilante groups on Muslims and Dalits (community once referred to as “untouchables”) over the cow, an animal considered sacred by Hindus.

“Mob attacks by violent Hindu groups against minority communities, including Muslims, continued throughout the year amid rumours that victims had traded or killed cows for beef,” said the report, adding that charges were often filed by the police against the victims of mob violence.

Hours after the release, Samuel Brownback, ambassador-at-large for international religious freedom in the Trump administration, said the “trend lines [on religious freedom] have been troubling” in India, according to a report by the Press Trust of India on Wednesday.

“We do remain very concerned about what’s taking place in India. It’s historically just been a very tolerant, respectful country of religions, of all religions,” Brownback said during a phone call with journalists on Wednesday.

“It really needs a lot more effort on this topic in India, and my concern is, too, that if those efforts are not put forward, you’re going to see a growth in violence and increased difficulty within the society writ large.”