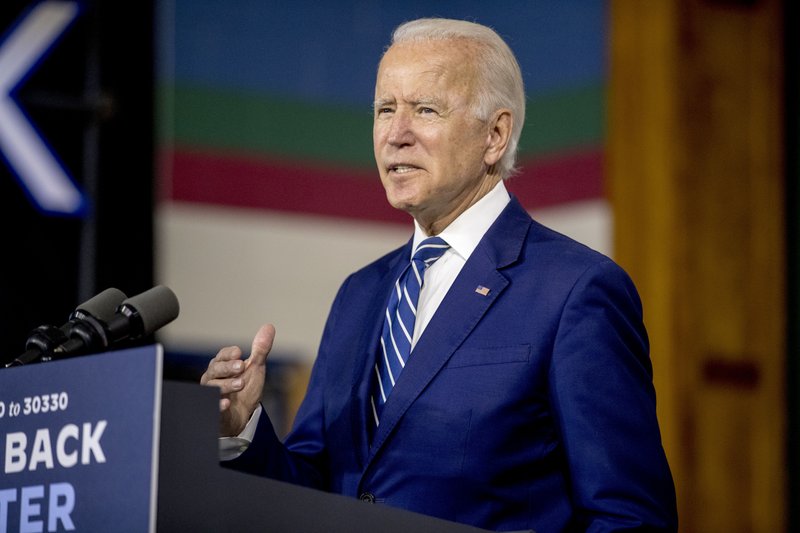 The presumptive Democratic presidential nominee’s comments came during a virtual town hall organized by the Service Employees International Union. When a questioner complained of racism surrounding the coronavirus outbreak and mentioned the president referring to it as the “China virus,” Biden responded by blasting Trump and “his spread of racism.”

“The way he deals with people based on the color of their skin, their national origin, where they’re from, is absolutely sickening,” the former vice president said. “No sitting president has ever done this. Never, never, never. No Republican president has done this. No Democratic president. We’ve had racists, and they’ve existed. They’ve tried to get elected president. He’s the first one that has.”

Biden also suggested that Trump is using race “as a wedge” to distract from his mishandling of the pandemic.

Many presidents — including the nation’s first, George Washington — owned slaves.

President Woodrow Wilson, the country’s 28th president, is having his name removed from Princeton University’s public policy school after recent protests against institutional racism and police brutality. Wilson, who served in the early 20th century, supported segregation and imposed it on several federal agencies.

At a White House briefing later Wednesday, Trump responded to a question about Biden’s comments by pointing to his administration’s efforts passing criminal justice reform legislation and expanding opportunity zones, as well as the low unemployment numbers for minority groups before the coronavirus outbreak.

“I’ve done more for Black Americans than anybody with the possible of exception of Abraham Lincoln,” the president said. “Nobody has even been close.”

Katrina Pierson, a senior adviser for Trump’s reelection campaign, said in a statement that ”no one should take lectures on racial justice from Joe Biden.”

Biden has vowed that, if elected, he will begin addressing institutional racism within his first 100 days of taking office. This was not the first time he’s suggested Trump’s actions were racist.

Biden has built his campaign around the election being a “battle for the soul of the nation” and says he felt compelled to run for president after he saw Trump respond to a deadly 2017 white supremacist attack on counterprotesters in Charlottesville, Virginia, by saying there were “some very fine people” on both sides.

When Trump said last year that four Democratic congresswomen of color should “go back” to their countries, Biden called it a “flat, racist attack.”

Proof that Google Has Been Targeting Donald Trump!