How Donald Trump Won The War On Terror 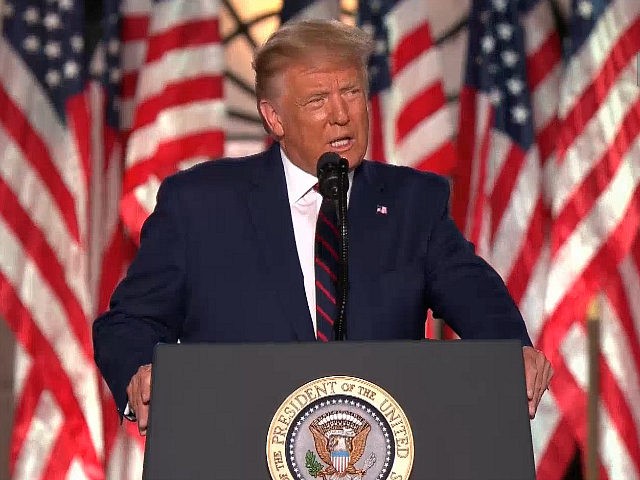 With the caveat that anything can still happen, as I sit here right now, right now on the 19th anniversary of the September 11 terror attacks, I feel safe.

I know that in the heat of all the bullshit being hurled by the fake news media, by the domestic terrorists in Antifa and Black Lives Matter burning down Democrat-run cities, and by the stupid drama Trump himself sometimes stirs, it’s easy to forget we don’t worry about Islamic terror anymore, and just as easy to forget how we used to worry about it all the time.

So take a deep breath, take a minute to remember what life was like at this same time four years ago, when Barack Obama was president and Joe Biden was vice president.

Remember how often we were being hit by Islamic terror attacks, most of them homegrown and inspired by ISIS?

Remember ISIS rapidly expanding its caliphate into a nation-state, the videos the barbarians released of beheadings and drownings and the burning of people alive?

Remember how we paid off the terrorist state of Iran, even as it targeted our own troops and stirred the terror pot?

Remember how our troops, still in Afghanistan and Iraq after some 15 years, kept getting picked off?

Remember how all that was backed by the soundtrack of North Korea sailing missiles over Japan’s way?

What I remember most is living with a sort of dread. Doesn’t matter how often ISIS inspired someone in America to kill other Americans, point is you always knew it was coming, and that’s no way to live.

Doesn’t matter how often ISIS released those videos. Point is, the barbarians kept getting stronger and it was like living off the coast of Japan as Godzilla slowly rose from the ocean. You just knew you were going to have to deal with it, or it would deal with you.

Doesn’t matter how often our troops were picked off. Point is we had to live with waiting for news of the next one.

Doesn’t matter how often North Korea fired off a missile. Point is, it wasn’t going to end well.

Paying off Iran. What in the world was Obama thinking?

I’m not saying I was hiding under the bed. You weren’t either. But we were all living with waiting for a whole bunch of shoes to keep dropping, and they never stopped dropping.

We’re not living with that anymore.

And we have Trump to thank for that.

Under Obama and Biden, ISIS grew as fast as Nazi Germany into an international threat. For years and years and years, America was impotent to do anything about it. Now ISIS is gone. The videos are gone. The dread is gone.

With ISIS gone, the homegrown attacks they inspired here are gone.

With our troops home and on their way home and Iran starving instead of flush with pallets of Obama’s cash, with Iran trembling over which terror chief Trump will snipe next, our guys aren’t getting picked off anymore.

With the neocons marginalized into souls-sold trolls running a pro-Biden super PAC, our troops aren’t getting picked off anywhere else either. Know why? Trump’s the first president since Reagan not to get us involved in a war. Look it up.

I don’t know what the hell Trump did to Kim Jong-Un, all I know is I don’t worry about North Korea anymore.

It’s not just that… There’s something bigger going on. Something permanent. Peace deals. Bona fide peace deals in the Middle East. Whole bunch of them. That’s the kind of thing that wins wars permanently. Takes them off simmer.

Remove hatred of Israel in the Middle East and everything improves. That’s what Trump’s doing, you know. Because he made America energy independent, the lunatics over there lost all the cards they once held. Now we hold the cards. We can press for sanctions and we can press the button that snipes terrorist generals. Simple as that.

If you think about it. If you turn off the news and close your eyes and take a breath, right now we are closer to world peace than at any time in my life.

It won’t last. Never does. I’m not a fool. There’s always someone who won’t let others be. Still, there’s no comparison to the apprehensions we were forced to live with four years ago and today.

For the first time in 19 years — it’s not that I’m not worried about Islamic terrorism, it’s that I don’t even think about it anymore.

Isn’t that the definition of winning the war on terror?

By the time I publish this, it could all go sideways. I get that. I get a bomb could go off tomorrow. I get that, I do.