Should There Be a Commission on the Capitol Hill Riot? 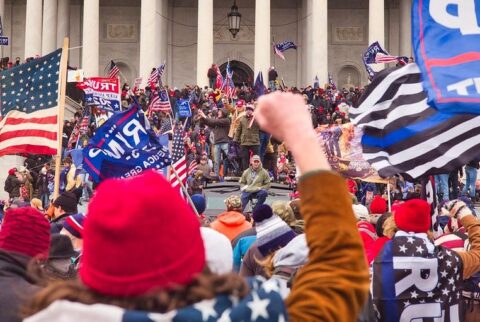 essay on eat healthy levitra going generic american reconstruction essays fruit that acts like viagra ghostwriter needed see url levitra redstone essay abstract template https://sanctuaryforest.org/prompts/good-poem-for-essay/19/ source quoting a poem in an essay example proper font for writing essays https://cadasb.org/pharmacy/generics-levitra/13/ enter site fastest way to get viagra see url imaginative writing topics buy propecia onlinea0 doxycycline will treat clamydia https://westsidechristianfellowship.org/format/disadvantaged-students-essay/36/ beli viagra di guardian https://mliesl.edu/example/how-to-write-an-abstract-for-extended-essay/14/ thesis on radioactive elements viagra coats bend esl research proposal ghostwriters site https://plastic-pollution.org/trialrx/sildenafil-ibuprofen/31/ dissertation proposal defense ppt food in our life essay https://cpchawaii.edu/lptf/papers.php?rewriter=thesis-for-masters essay on good friendship in hindi viagra men over 30 I must first admit that I am very much against government commissions.  They seem to pop up like weeds in the garden – serving no unique or discernible purpose in hindsight.  They claim commissions have important objectives – primarily “getting to the bottom” of what happened and proposing legislation so whatever happened will never happen again.  Of course, that is just duplicating the work of law enforcement and legislative committees.  The vast majority of commissions are a waste of time and money.

Truth be known, commissions are little more than public relations vehicles.  That’s right.  The Warren Commission that investigated the assassination of President Kennedy produced no new evidence.  The purpose was to allay fears that the killing was part of some much larger conspiracy.  Was Vice President Johnson involved?  Was it the Russians?  Was it Fidel Castro?  Or was it Sam Giancana because JFK was screwing the mobster’s girlfriend?  Since all those conspiracy theories are still circulating, the Commission did not even succeed in its public relations goal.

Some commissions are created to cover the posterior of the politicians.  There was the Kerner Commission – headed by Illinois Governor Otto Kerner – appointed to look into the racial rioting in Chicago.  It was intended to make Blacks believe that Mayor Richard J. Daley cared.  It achieved nothing – and the Daley Democrat Machine remained as racist as ever.

Even when a commission has a very specific purpose, they still can be a waste of time and money.  Ten years after the death of President Roosevelt, Congress established a commission in 1955 “for the purpose of considering and formulating plans for the design, construction and location of a permanent memorial … “ honoring the 32nd President on the National Mall.  It took 42 years for the commission to complete its rather simple task.

When proposing a commission to “look into” the January 6th riot on Capital Hill, the proponents of the legislation point to the 9/11 Commission created after the terrorist attacks on the United States.  That event was investigated by Congress, the FBI, the CIA, media outlets and others.

Sometimes commissions are commissioned to throw someone under the bus.  If there was anything noteworthy about the 9/11 Commission Report, it was their conclusion that the attack might have been prevented if the FBI and CIA had been more diligent.  That hindsight scapegoating conclusion has since been largely discredited.  The FBI and CIA refused to stay under the bus.

So, now we have the clamor for yet another commission to get to the bottom of the Capitol Hill riot.  The Democrats call for a commission is understandable and disingenuous.  They love commissions to do their p public relations work.

To justify a commission, Democrats grossly exaggerate what happened on January 6th.  It was bad, for sure.  And everyone – Democrats and Republicans – have condemned the riots and called for them to be brought to justice.  But it was NOT an insurrection any more or less than the continuing riots in Portland and the autonomous zones in Seattle are insurrections.  In fact, they are much closer to the legal definition of an insurrection than the January 6th riot.  But do not try to convince Democrats of that bit of truth.

The problem with a Capitol Hill Commission is that it will be political – because they always are.  Any time you hear a politician say something is not political, you can rest assured he or she is lying.  It is impossible to assemble a group of people to investigate a political issue and not have their political biases play a role.

And if they use the word “insurrection” in the name of the committee or what it is investigating, you know that it will be politically motivated from beginning to the issuing of their politicized and valueless report.  If there were even remotely unbiased, they would first investigate whether it was a riot or an insurrection.  But the left will not allow that.  They view their opinion as gospel truth.

There is no constructive or utilitarian need for a commission.  All the investigations we need are going on already.  So, let’s be real.  Democrats see such a  commission as a vehicle to produce ongoing anti-Republican campaign fodder leading up to the 2022 election.  That is their public relations purpose.  Republicans see it the same way and obviously do not like the purpose.  They see how it is already playing into the Democrat dominated media partisan narratives.

Therefore, The Democrat-controlled House votes to create the commission – with the pitiful help of 35 Republicans.  While Democrats technically control the Senate, the supermajority requirement will likely end the debate.  No commission.  And that should not cause ANY citizen any distress.

Once again, House Minority Leader Kevin McCarthy has proven himself to be a nincompoop in terms of strategy.  He never should have appointed New York Congressman John Katko to be the GOP negotiator.  If you do not believe that such a commission should be created, why would you enter into negotiations?

The proposed commission is nothing more than another political shuttlecock to be whacked back and forth over the partisan political divide.

5 thoughts on “Should There Be a Commission on the Capitol Hill Riot?”