Stop Pretending to be Conservative 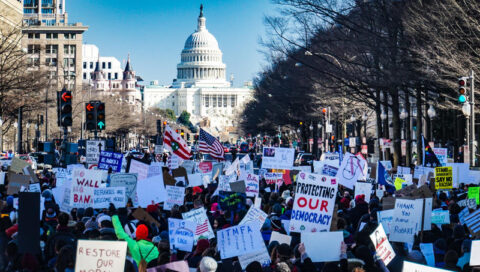 My clients have included some of the greatest names in conservativism – people like magazine publisher Steve Forbes, Nobel Laureate economist Milton Friedman and organizations such as the National Tax-Limitation Committee.  I traveled the nation for the Reagan White House to promote the President’s economic program.

The reason I offer up a brief portion of my background is to establish some authority to call out those who find it convenient to use and abuse conservative credentials.  I am pointing to people like the former editor of The Weekly Standard Bill Kristol and former congressman and talk-show host Joe Walsh – both of whom were political pals in the past.

But the list goes far beyond my own personal acquaintances.

Left-wing media engages – even pays – a cadre of conservative and Republican apostates to read off the left-wing script.  This includes a lot of folks who still bill themselves as “Republican strategist.”

Their only strategy, however, is to help Democrats win elections.  They brandish the Republican or conservative label to make it appear that the left-wing media is presenting alternative views.  That is not happening.

The group includes folks like columnist George Will, “Republican strategists” such as Steve Schmidt and Susan Del Percio (who comes out of the administration of Democrat Governor Andrew Cuomo) and Charlie Sykes, founder and editor of The Bulwark, a publication that is described as conservative even as it attacks the GOP and conservative issues.  Bill Kristol is one of their stable.  Need I say more.

There is also a class of Republican current and former office holders who have abandoned conservative principles.

These are folks like former Ohio Governor John Kasich and Congresswoman Liz Chaney.  If their issue was Trump, why parrot the entire script written by the radical left.  Why help elect Democrats?  They are not only expressing contempt for Trump, but for virtually every Republican public official and most Republican voters.

While I believe that House Minority Leader Kevin McCarthy handled la affaire Cheney in a ham-handed manner, she has subsequently gone completely over to the dark side – literally trashing her one-time admirable conservative legislative record and more than justifying her ouster from GOP leadership.

You will find these folks all over CNN and MSNBC.  They are the useful idiots for the left.

They claim that they have changed their colors because of President Trump.  I can understand not liking Trump’s personality.  I don’t either.  But to completely switch sides philosophically and as partisan suggests something more than Trump hatred.

If they really were principled conservatives, they would have maintained their party loyalty and their conservative principles.  But they did not.  They have openly supported, aided and abetted the philosophic left and the partisan Democrats (one and the same).

Like his personality or not, Trump was delivering some of the best conservative government we have seen in decades – not since President Reagan.

As a conservative, voting for Trump twice was a binary choice.  Do I vote for a flawed person who best represents my core beliefs in terms of governance, or do I throw aside a lifetime of commitment to conservative principles and vote for candidates who are the antithesis of all that I believe?

To this day, I still cannot understand how so many proclaimed conservatives would support the Democrats’ extreme liberal agenda. They go way beyond disdain for Trump.  They are actively working to empower the left.  The result of their treachery is not apparent in Washington.

They can call themselves Republicans because that is just a matter of membership.  But being a conservative is a belief system.  To BE a conservative, you must believe and express conservative principles.

We still have a free county.  Everyone of the apostates have a right to express whatever opinion they might have at the moment.  However, if they were a product on the store shelf, the Federal Trade Commission would come after them for false advertising.  In the name of decency, they should at least put the correct label on the package.

2 thoughts on “Stop Pretending to be Conservative”