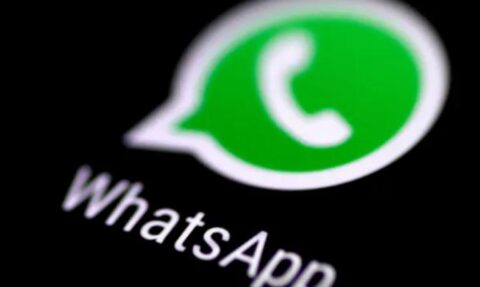 The Facebook-owned messaging service WhatsApp is suing India over a new law it says will threaten the privacy of its users.

The law requires messaging apps to trace the “originator” of a message thread in case that information is needed in court. In situations where content began outside India, platforms must identify the first contributor within India.

WhatsApp features end-to-end encryption to keep messages between users private. To comply with the traceability law, the app would have to significantly weaken those protections and start collecting large amounts of personal data.

“Traceability will compel end-to-end encrypted platforms to alter their architecture in a way that will negatively impact online privacy and security. They will have to develop the ability to track who sent which message to whom, and store this information indefinitely,” argues Namrata Maheshwari, a technology policy advocate. “This is an onerous obligation that severely undermines end-to-end encryption and puts users’ privacy, security, and freedom of expression at risk.”

While the Indian government claims the law will be used only in criminal investigations related to public order, national security, foreign relations, and sexual abuse, opponents fear it could be used to track political conversations and suppress opponents.

“The minute you build a system that can go back in time and unmask a few people sending a piece of content, you’ve built a system that can unmask anyone sending any content,” explains cryptographer Matthew Green. “There is no such thing as just collecting information from the bad guys.”

Indeed, the system requires WhatsApp to treat each user as a potential criminal subject.

Srinivas Kodali, a digital rights activist living in India, says he’s already stopped using WhatsApp for anything other than business communication. “The [Narendra] Modi government came to power using social media. Now, they are looking at ways to control it,” he said.

Kodali’s fears seem to be true.

In January, the Indian government asked WhatsApp to remove a controversial privacy policy that was driving users to competing messaging apps Signal and Telegram. In April, they asked Facebook and Twitter to start removing posts criticizing the government’s handling of the pandemic.

WhatsApp is a free messenger service owned by Facebook. The app has roughly 400 million users in India and 2 billion worldwide, making it the most popular mobile messenger app in the world. Users send and receive more than 100 billion messages through the app each day.