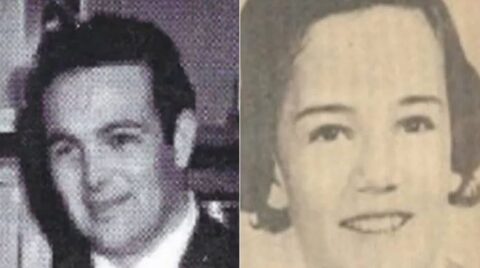 On August 18, 1963, 16-year-old Margaret “Peggy” Beck was found dead in her tent at a Girl Scouts camp. Beck had been a member of the Girl Scouts since she was 9 years old, and had been promoted to camp counselor that summer at the Flying G Ranch Girl Scouts Camp near Deckers, Colorado, according to the Denver Post.

On the night of Beck’s death, her tentmate was staying in the camp’s infirmary due to illness, leaving Beck in the tent alone overnight. When Beck did not appear at breakfast the following morning, the tentmate returned to the tent, where she discovered Beck’s body. According to Oxygen, Beck had been sexually assaulted and strangled.

An “aggressive” investigation ensued, but it didn’t lead anywhere and ultimately ran cold. Investigators returned to the case over the years. According to the Denver Post, they used evidence to create a DNA profile and submitted it to a national database in 2007. The case then went silent for another decade until, in 2020, it was finally solved.

56 years after the rape and murder of Margaret “Peggy” Beck, investigators in Colorado’s Jefferson County were able to crack the cold case. According to the Denver Post, investigators built a DNA profile based on scrapings found under Beck’s fingernails.

The DNA profile was then submitted to a national database and compared to over a million DNA samples to pinpoint the suspect’s possible relatives. Jefferson County investigators then partnered with Denver’s United Data Connect in conducting genealogical research.

In October 2019, the research led investigators to their suspect: James Raymond Taylor. Investigators are unsure why Taylor was at the Girl Scout camp the night of the murder, but they believe he may have tested radios he built in the area. Both he and Beck reportedly lived in Edgewater, Colorado, around the time of the murder.

“We have spent several months searching for James Taylor, with no luck,” Investigator Elias Alberti said. “We have no idea where he’s at.”

Taylor’s family cooperated with investigators, but said the last they knew, Taylor had been living in Las Vegas in 1976. According to Oxygen, Taylor has a criminal record including incidents that took place between 1972 and 1974. He would be 80 years old today, and investigators are not sure whether he is still alive.

“Peggy was a beautiful young girl who loved life,” read a statement from Beck’s three living sisters (via the Denver Post). “She was loving and protective of her family and we will cherish our memories of her forever.”