NASA Is Going to Venus 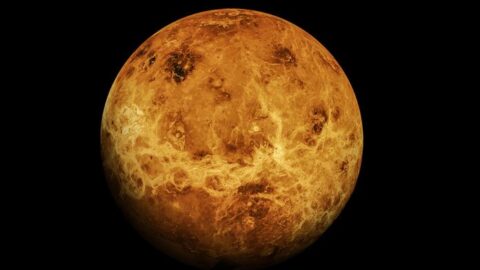 After much debate regarding proposed missions to Venus and the moons of Jupiter and Neptune, NASA has confirmed two missions to the so-called Morning Star.

Mission 1, known as VERITAS, seeks to map the planet’s surface and collect information that will help us learn more about Venus’s geologic history.

“This is beyond our wildest dreams,” says planetary scientist Martha Gilmore, who hopes to find proof that Venus once had oceans. “Some rock types only form in water, so we will be able to tell that from the orbiters on both missions.”

Mission 2, dubbed DAVINCI+, will examine the planet’s toxic atmosphere and take photographs of its surface.

“These two sister missions both aim to understand how Venus became an inferno-like world capable of melting lead at the surface,” explains NASA Administrator Bill Nelson. “They will offer the entire science community the chance to investigate a planet we haven’t been to in more than 30 years.”

Venus, sometimes referred to as Earth’s evil twin, is roughly the same size as Earth and appears to have been created from the same materials.

Venus was first reached by the Mariner 2 probe, which flew within 22,000 miles of the planet’s surface in 1962.

The Soviet Union sent its Venera 7 probe to Venus in 1970, where it was consumed within an hour by the planet’s blazing atmosphere. Two years later, the Venera 13 transmitted the first color images of the planet to researchers on Earth.

Today, Venus is famous for extreme conditions including a surface temperature that exceeds 800°F. Its atmosphere is a noxious mix of carbon dioxide and sulfuric acid that traps heat from the sun and heat produced by the planet.

Some scientists believe the Venusian atmosphere is the result of greenhouse gases, making it pertinent to the modern debate on global warming.

NASA expects the Venus missions to launch in 2026, possibly on the same rocket. The last NASA mission to Venus took place in 1989, when the Magellan collected data on the planet’s volcanic flows for about 10 hours before burning to a crisp.