The book that inspired Charles Manson 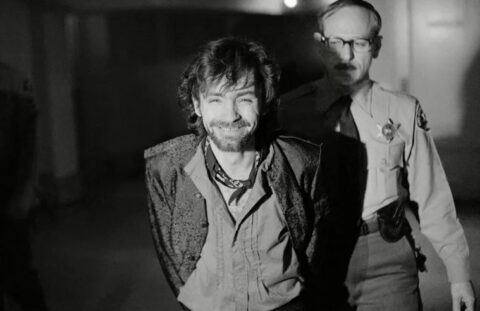 But according to the authors of The Last Charles Manson Tapes: Evil Lives Beyond the Grave, America’s best-selling self-help book was also adopted as a manual by notorious cult leader and murderer Charles Manson.

Authors Andy Tillett and Dylan Howard claim that the killer first encountered Dale Carnegie’s How to Win Friends and Influence People while in prison for a parole violation in 1956.

“Manson was imprisoned in the Terminal Island facility in San Pedro, California,” writes Tillett and Howard. “The prison offered a course based on Dale Carnegie’s How to Win Friends and Influence People, which codified sales and communication techniques—techniques Manson would soon hone to manipulate others.”

A little over 10 years before he would form his notorious “Manson Family” cult, in which he declared himself a spiritual guru and persuaded his followers to carry out a frenzy of slayings to spark an apocalyptic race war, Charles Manson was little more than a petty thief – albeit one with violent tendencies – who had been in and out of correctional institutions since he was a young teen.

But it was Carnegie’s teachings that taught him the leadership and brainwashing techniques that would see Manson leave prison for the final time a decade later – and almost immediately start to recruit followers to his murderous cult, with such horrific consequences.

“Manson charmed officials into letting him enroll,” say Tillett and Howard. “He learned techniques promoted in the book such as: listening to the person you are trying to sell to and reflecting that person’s thoughts, being effusive in your gestures, as they help keep the attention of the person you are speaking and not being afraid of giving up credit for ideas.”

First published in 1936, Dale Carnegie’s book has sold over 30 million copies worldwide and is ranked by the US Library of Congress as the seventh most influential book in American history.

Originally written as a guide for budding businessmen, the manual begins with a list of “Twelve Things This Book Will Do For You.” These include: “Get you out of a mental rut, give you new thoughts, new visions, new ambitions,” “Increase your influence, your prestige, your ability to get things done,” “Make the principles of psychology easy for you to apply in your daily contacts,” and “Help you to arouse enthusiasm among your associates.”

It also contains sections titled “Six Ways to Make People Like You,” “Twelve Ways to Win People to Your Way of Thinking,” and “Be a Leader: How to Change People Without Giving Offense or Arousing Resentment.”

The course which Manson took at Terminal Island would have followed the same structure as the book – and according to Tillett and Howard, the prospective young cult leader soaked it all up like a sponge.

After his eventual release from prison in 1967, Charles Manson wasted no time in putting Carnegie’s techniques to use, first recruiting a “Family” of willing acolytes – mostly mentally disturbed young girls and casualties of California’s hippy drug culture – and then persuading them to do his every bidding, no matter how outlandish.

He also used the same principles to charm celebrity associates such as Beach Boy Dennis Wilson, with the pop star even allowing the Manson Family to stay at his luxury home in 10050 Cielo Drive, Los Angeles — the same house that just a year later would be the site of the slaughter of actress Sharon Tate and four others on Manson’s orders.

“Manson easily won Wilson over,” write Tillett and Howard. “They bonded over music and girls, and Manson’s ability to say what others wanted to hear convinced Wilson he had found a spiritual leader, someone through whom he could achieve a certain level of enlightenment.”

“Manson drew on his Dale Carnegie teachings—tell people what they want to hear, be enthusiastic in your presentations, build up your listener—as well as his mix of spiritual and hedonistic philosophies, and fed them to Wilson.”

The Beach Boy was eventually spooked by Manson, and the Family moved on, but by the time the cult committed the Tate/LaBianca murders in August 1969, for which he would eventually be jailed for the rest of his life, Manson’s grip on his followers was so extreme that many even believed him to be the second coming of Jesus Christ.

As the authors of The Last Charles Manson Tapes: Evil Lives Beyond the Grave note, “Always tell people what they are most interested in hearing, as the Dale Carnegie training says.”

Perhaps most worryingly, Tillett and Howard conclude their book with a warning of how someone with Manson’s psychopathic, magnetic personality applying the techniques of How to Win Friends and Influence People might fare today.

“A modern Manson would have been instrumental in the alt-right movement— racist and bigoted, sexist and macho, taking in the gullible and spreading paranoia, conspiracy, hatred and misinterpreted philosophy,” they write. “He would promise a better life just by following him and doing what he says. The type of brainwashed terrorists he would send out to do harm today would be the most destructive— school shooters, wedding bombers, environmentalist saboteurs.”

US prisons no longer run courses for inmates based on Carnegie’s teachings.

3 thoughts on “The book that inspired Charles Manson”