Was John Lennon Abusive to Women and His Own Children? 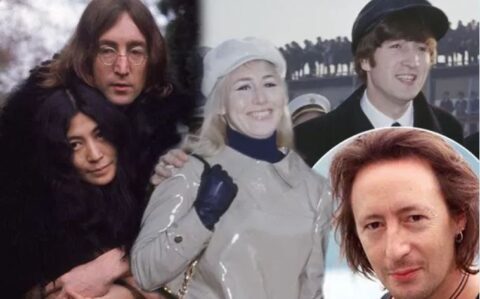 Perhaps a less ambitious dream would be of a world in which people are not as monstrous as John Lennon.

It is difficult to condense the variety and scope of Lennon’s treachery into a short article, and more so when you have the vague lyrics of a philandering abuser’s greatest musical gift to the world stuck in your head.

Starting with his first marriage, to Cynthia Powell, whom he impregnated while she was renting his childhood bedroom in Liverpool during the Beatles’ Hamburg years, Lennon did many things that can only be classified as classically bad.

According to the Lennons’ housekeeper, Dorothy Jartlett, in a recently discovered letter written 50 years ago, the years following the birth of their son, Julian, saw Lennon as an absent father who would criticize and even smack the sensitive Julian for things like having bad table manners. (Actually, Jartlett said, “Julian’s table manners were, if anything, better than average.”)

Throughout the marriage, Lennon slept with other women and would leave drugs “lying around the house.” Things came to a head when he drunkenly told Cynthia about his affair with the Japanese artist Yoko Ono. Soon after Ono revealed she was pregnant, Lennon’s divorce was finalized at the end of 1968.

Although Ono miscarried, her relationship with Lennon blossomed as they protested the Vietnam War and, as she put it in a 2012 interview with the Telegraph, “ruined” both of their careers together. A

lthough Ono was mocked and despised for supposedly destroying the Beatles’ floppy-haired camaraderie, it was Lennon who would make her accompany him to both band practices and the bathroom. (This sexist double standard is perhaps being repaid today in the form of Ono’s current public image as a wise older feminist who has endured strife.)

Lennon had another famous affair during his marriage to Ono, with the couple’s assistant, May Pang, but Ono says the 18-month fling was a welcome break from their intense relationship and “not hurtful.”

That Lennon endured intense mental suffering is undeniable; in his 1980 interview with Playboy—which was published two days before Lennon was shot and killed in front of his Upper West Side apartment building—he describes his 1965 “fat Elvis period,” during which he was “fat and depressed” and wrote the song “Help!” as, yes, a cry for help.

He and the other Beatles were “smoking marijuana for breakfast,” and periodically Lennon would endure “deep depressions where [he] would like to jump out the window.” He admits to hitting women—”any woman”—and explains, “That is why I am always on about peace, you see. It is the most violent people who go for love and peace.”

Later in the interview, he justifies his smoking habit with his macrobiotic diet, saying, “Macrobiotic people don’t believe in the big C. Whether you take that as a rationalization or not, macrobiotics don’t believe that smoking is bad for you.” This is not necessarily harmful to anyone but himself, but it is evidence of Lennon’s God complex as well as his general self-satisfied douchiness.

Possible psychoanalytic explanations for Lennon’s issues include his tumultuous relationships with his parents. Lennon’s father abandoned him—which Lennon never forgave him for, despite his father’s repentance—and in a 1979 audio confession, Lennon revealed that as a teen he bore sexual desires for his mother.

He later regretted not having made a move on her, saying, “Presumably, she would have allowed it.” There have also been rumors that Lennon conducted homosexual affairs with Paul McCartney and with the Beatles’s manager Brian Epstein, which might have created tensions within and for Lennon, but of course these are not examples of the Beatle’s badness, except inasmuch as they probably would have occurred during his married years.

All of this information is widely available, much of it having come from Lennon’s own mouth, yet our cultural fascination—nearing martyrdom—with the man persists. However, accepting the truth about Lennon doesn’t mean we can’t support the love and peace message he gave the world.

One thought on “Was John Lennon Abusive to Women and His Own Children?”