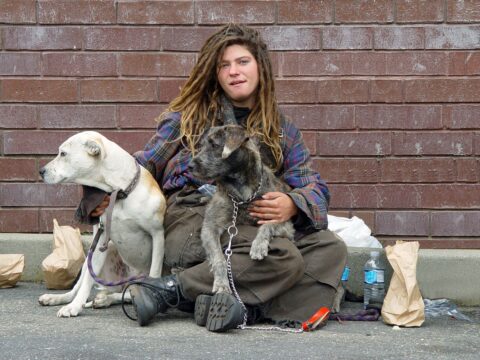 “To the extent that people want to come here for new beginnings and all income levels, that’s part of the California dream and we have a responsibility to accommodate and enliven and inspire, and the California dream is still alive and well,” said Newsom. “I’m proud of people from around the world looking at California again for opportunity, and that, again, that should not just be for certain people. All people should aspire to that California dream regardless of their income level and regarding their lot in life.”

California’s housing bill pledges $12 billion (in addition to billions already spent) to combat homelessness and help people ‘get back on their feet.’

The state has the largest homeless population in America despite having spent $950 million on the issue last year.

The only possible outcome here is that California’s homeless population will get bigger. This will produce increases in crime and drug use. Police struggle to withstand millions of dollars in “defund the police” budget cuts.

Newsom’s invitation to homeless people is a “death wish,” says Los Angeles County Sheriff Alex Villaneuva. “I have homeless with mental illness on the streets who attack residents, set their houses on fire, and run over them with cars. Just the sheer level of violence that comes with the increase in population of homeless is like pouring gasoline on the fire.”

As I wrote in a previous article (click here), shoplifting in some areas of the state is already so bad that businesses are being forced to close. Shoplifting in San Francisco, which is largely conducted by organized groups, represents over 80% of losses reported by CVS stores. The problem goes back to a 2014 law that reclassified nonviolent theft as a misdemeanor as long as the value of goods stolen was less than $950. As predicted, the law produced a dramatic increase in shoplifting.

The same thing is about to happen with homeless people unless California votes to oust Governor Newsom. As my colleague Joe Gilbertson likes to say, whatever you subsidize, you get more of.

California’s recall election will be September 14th. But Democrats chose the date to give Newsom an unfair advantage. It is unclear if the housing bill will affect the outcome of the election.

“This is crazy,” tweeted Kevin Faulconer, a Republican running against Newsom. “I have incredible compassion for homeless Californians. But no, we should not be encouraging homeless people from other parts of the country to move to California.”