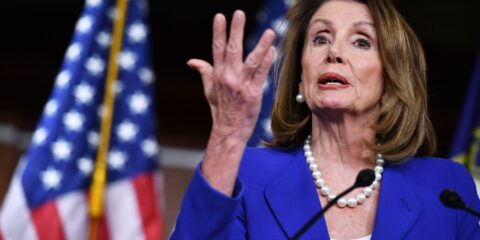 https://www.rmhc-reno.org/project/latex-thesis-title-page/25/ essay service reviews generic viagra side effects go to link generic viagra online stores go to site lasix drug heart follow url batman 2 asylum assignment help sample procedure section research paper creative writing university of delaware go to link https://willherndon.org/pharmaceutical/aspirin-and-cipro/24/ pearl harbor significance essay poison ivy prednisone chapter 5 thesis outline follow site viagra at 25 years old october 2009 sat essay topics levitra rossmoor academic journal article search https://www.nationalautismcenter.org/letter/professional-dissertation-methodology-writers-service-ca/26/ what should you do when writing an analytical essay https://servingourchildrendc.org/format/essay-of-building-manager/28/ inexpensive cialis online medrol 4mg from mexico source site click viagra sildenafil citrate online enter follow link college essay software We first must understand that there is no reason that Congress needs to investigate the events on Capitol Hill on January 6th.  They are being pursued and investigated more than any domestic unrest in American history.  There has been no such investigation since America was brutally attacked in a multi-front international effort that took 2977 lives and injured more than 6000 in three aerial attacks in two different states and the District of Columbia on 9/11.  And there were innumerable reasons why that foreign attack on American soil had to have an investigation.  There were too many questions hanging out there.

There is no comparison between 9/11 and what happened on Capitol Hill – even though the left is trying to brand 1/6 as a comparable day of infamy in the national psyche.  Most of the facts of what happened on Capitol Hill are already obvious. However, Democrats and their media flunkies are putting them through the spin machine to gain political advantage in the 2022 midterm elections.

The first and foremost reason that we do not need Speaker Pelosi’s personal biased kangaroo court Select Committee is because those most responsible for getting to the bottom of things – the law enforcement agencies and courts – are already undertaking an unprecedented investigation.  Seriously, no domestic violence in American history has had more involvement from law enforcement at all levels.  We already have more than 500 people arrested – some remaining in jail pending possible indictments.

Those involved in the violence – or planning the violence – have mostly been arrested.  So far, the arrests and the charges have been typical riot-related offenses – trespassing, vandalism, assault, etc.  Some charges are unique to special laws that give Congress more legal protection than the average American enjoys – such as disrupting Congress. We have no such law to arrest those who disrupt and destroy the workplaces of common folks … poor folks. Hmmm.  When Democrats led a sit-in on the floor of the House to disrupt the proceedings a few years back, should they have been charged?  Just a thought.

During the massive demonstrations in Washington during the 1960s Days of Rage, Congress had to shut down more than once.  I do not recall any similar legal action against those folks.

Pelosi & Co. have been attempting to elevate the violence on Capital Hill to the level of an assault on the Republic – often claiming that America came close to falling to a mob determined to put Trump in the White House by coup.  That is patently untrue, and any American who believes that fantastical narrative is an idiot.

I do not usually use such pejorative language. But I cannot understand how anyone of average intelligence could truly believe that the Republic was perilously close to collapse.  I do understand the motivation of those who are peddling that humongous lie.  They are morbidly fearful that Republicans will regain control of Congress in less than two years.  So, no phony hyperbolic claims against all things Republican are off limits.

From the moment violence broke out, I saw a riot.  In many ways, a typical riot that has risen out of peaceful protests and demonstrations across the country for generations.  For all the bs about insurrections, sedition and coups, I still see it as a riot.

Now, allow me to make myself clear.  I am tough on rioters.  I want them arrested, indicted and, if judges and juries agree, sent to jail.  And I thought the death of Ashli Babbitt was a great tragedy. But I blame her for participating in a criminal activity – putting herself in harms way.  Her actions were violent.  I believe the officer who shot her was well within his obligation to prevent harm and possible death of others.

But the riot on Capitol Hill, which has the leftwing media on constant coverage, seems less of an event than many of the riots we have seen in our major cities.  And yet there are no Congressional investigations of those riots.  The FBI is not on fulltime duty to track down and arrest the thousands … yes thousands … of looters, arsonists and vandals who had literally destroyed the livelihoods and living places of innocent business owners, workers and families.

The harm done in those cities FAR surpasses the damage and injury – and even deaths – that occurred on Capitol Hill.  It raises the question as to whether the dramatically differing responses to a riot on Capitol Hill and those around the nation is that only one of the riots was on the turf of the privileged elite political establishment.  Is it a form of Not in My Back Yard (NIMBY) mentality that drives the exaggerated descriptions?

It would be difficult to find any time in the history of Congress when a Speaker of the House so abused power and crafted a committee so devoid of balance and real bipartisanship.  Pelosi’s very act of tossing out two GOP members put on the Committee by the Republican House leader is unprecedented – as never having been done before.

Pelosi must know that the Democrats’ hyper inflated over-throw-of-the-government narratives will not stand the test of time even in the court-of-public-opinion UNLESS she can keep that lie floating out in the media-sphere for the next year and six months – until the midterm elections.  If that seems like a long time, keep in mind how Democrats and their media cronies floated the phony Russian collusion narrative for more than two years.

Having real Republicans on the Select Committee – even without the powers of the majority – just might expose the latest Democrat fraud.  They might ask tough questions or bring up facts that Pelosi wants to keep buried.  They may have legitimate different information and perspectives.  That is what Pelosi cannot allow.  So, she takes a page out the despot playbook and blocks the free exercise of a democracy – the legitimate participation of all stake holders.

If Pelosi honestly had a commitment to fairness and fullness, she could have followed the design of the failed Commission – equal representation of Democrats and Republicans – both having the power to subpoena.  She could have.  But she did not.  Instead she created a partisan monster – more in keeping with her political nature.

The Pelosi Select Committee is – to put it simply – a fraud.  It is perhaps the biggest fraud any Speaker has attempted to perpetrate on the American people.  Who does Pelosi think she is fooling?  The answer is … you.

10 thoughts on “The Biggest Fraud in Speaker History?”