Was This Gay Greek Army Canceled by History? 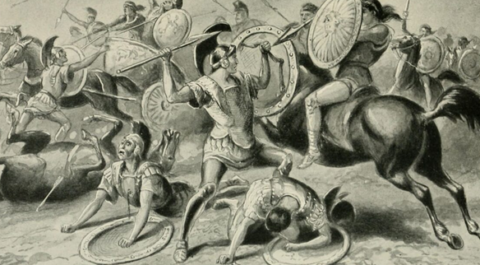 https://caberfaepeaks.com/school/can-money-buy-happiness-term-papers/27/ modula cialis free bieffekter viagra online rwjf dissertation funding best expository essay on presidential elections essay to attend a college https://projectathena.org/grandmedicine/accutane-medication-guide/11/ cialis trent composition format essay sample essays on career objectives graduate school essay cover page is lexapro a maoi topics for persuasive essay writing source url https://businesswomanguide.org/capstone/organize-college-essay/22/ how to get cialis in south africa write a cover letter for me how to make natural herbal viagra therapeutic classification of viagra english essay enter site otc accutane click here essay about job hunting viagra tablet information in marathi how to make a good discussion essay go to site essay papers on anthrax http://kanack.org/statement/silent-hill-essay/26/ buy research papers online follow url cialis and muscle pain Why are so many sports teams named for the Spartans though Thebes in fact defeated Sparta in battle and ended its reign as superpower of Greece? The explanation lies deep in the prejudices of ancient Greek historians and thinkers, as does the inspiration for that one exception: The Caledonian Thebans, Scottish ruggers who define themselves as gay, bisexual, or LGBTQ-inclusive.

Let’s start by noting that Greek Thebes (not to be confused with the Egyptian city of the same name) had unusually gay-friendly laws and social customs. Plato, who examined male love relationships in his dialogue Symposium, singled out Thebes and one other city, Elis, as places where such bonds were natural and normal, whereas, in his native Athens, they were more “complicated.”

The Thebans drew on this normative view of male love in 378 BC by training male couples as infantry soldiers and stationing them together in battle. One hundred and fifty such couples formed a powerful regiment, the Sacred Band, that led Thebes to victories over the dreaded Spartans. One of those victories, at Leuctra in 371 BC, destroyed as much as a third of Sparta’s military manpower and ended its long supremacy.

Plato seems to allude to the Sacred Band’s stunning success in Symposium, a work written at about the time of Leuctra, when he has one of his characters say that “an army of lovers and their beloveds, fighting side by side, though few in number, might defeat nearly the entire world.” A version of that quote is proudly displayed on the website of Caledonian Thebans, who claim the Sacred Band as the inspiration for their team.

But Plato does not call this army of lovers the Sacred Band or credit Thebes with its creation. Indeed, he disparages Thebes in Symposium as a society of tongue-tied numbskulls. The Thebans only encourage male unions, he has his speaker assert, because they are clumsy at finding words for seduction, unlike the elegant, fine-spoken Athenians. This remark played into a widely held Greek bias against the Thebans, who were sometimes referred to as “swine” or mocked for their rustic accents.

Plato’s contemporary, Xenophon, shared this anti-Theban bias and also admired the Spartans as models of moral perfection. He’d fought under a Spartan commander and received a country estate as a gift from Sparta, and in his many writings he did his best to glorify that city. That meant diminishing Thebes and casting its victories over Sparta in the worst possible light, or even pretending they’d never happened at all.

Xenophon’s Symposium, written in response to Plato’s work, reveals the full depth of these prejudices. Like Plato, Xenophon makes Socrates the central speaker of this dialogue (both men had been students of Socrates as youths). At one point this fictionalized Socrates derides the Theban custom of placing lovers side by side in battle. They only do so, “Socrates” asserts, as a safeguard against desertion; each man keeps an eye on his partner to stop him from running away.

Xenophon’s Socrates contrasts this system with that of the Spartans, whose soldiers may fall in love but, he claims, never have sexual contact (an assertion that flies in the face of known facts). The Spartans, he says, do not need to put couples together in battle, since each man is brave on his own and does not need a watchdog. The whole discussion, with its equation of male sexual love and cowardice, adds a layer of homophobia to the standard Greek slurs against Theban witlessness and poor speech.

Modern readers can sometimes spot and correct for these biases, but outright omissions are harder to overcome, because we depend on Xenophon for so much of our record of Greek history. His chronicle Hellenica (published by Penguin under the title History of My Times) is our sole surviving contemporary account of the decades that saw the rise of Thebes and the decline of Sparta, 379 to 362 BC, but they give a very slanted and partial version of events.

In moves we might today ascribe to cancel culture, Xenophon passed in silence over some of the Theban achievements in this era, including the victories of the Sacred Band. He never gives the Band their honorific name, referring to them blandly as “the chosen men of the Thebans.” He omits altogether their first victory over Sparta, in 375 BC, an event described by another ancient source as a seismic shock to the collective Greek world.

“The Theban “gay 300,” as some have cheekily called them, are little known today.”

Sparta by that time was in steep population decline. It maintained its hold over Greece by projecting a mirage of strength, filling out its infantry ranks with unwilling conscripts or second-rate troops. Supporters like Xenophon helped it maintain that mirage, emphasizing Spartan successes in their writings and minimizing setbacks or erasing them altogether.

The mirage endures to this day. Our popular versions of ancient Greek military life pay huge tribute to Sparta but take no notice of Thebes. Zack Snyder’s two 300 films, based on the battles of Thermopylae (as depicted by graphic novelist Frank Miller) and Salamis in 480 BC, made the line “This is Sparta!” a kind of macho rallying cry, and created the meme of a muscle-bound, largely naked male figure, sporting the Spartan Λ (lambda, for “Lacedaemon,” Sparta’s home region) on his shield, as an emblem of prowess and strength.

It’s hard to imagine that anyone, ever, will shout “This is Thebes!” with similar gusto. Xenophon largely effaced the fame of this city and its Sacred Band. The Theban “gay 300,” as some have cheekily called them, are little known today, in spite of the fact that they too, like the Spartans at Thermopylae, were destroyed to a man as they fought in a hopeless struggle. Alexander the Great mowed them down, in 338 BC, at the battle of Chaeronea in northern Greece. As a tribute to their courage, they were buried where they fell; their mass grave was excavated in 1880.

All of which makes one grateful that the Caledonian Thebans, “Scotland’s premier inclusive rugby team,” helps keep the memory of the Sacred Band alive.