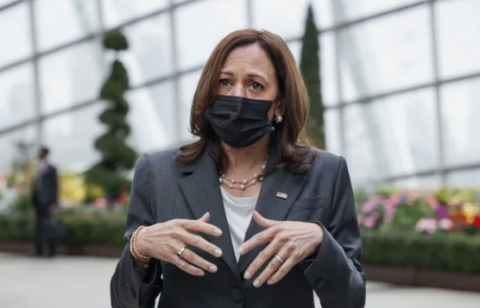 Harris is headed for Vietnam ahead of meetings with top officials in Hanoi on August 25, but in a speech before departing Singapore on Tuesday, she offered her strongest rebuke yet of what she described as the Chinese government’s coercion and intimidation in the South China Sea.

“Beijing’s actions continue to undermine the rules-based order and threaten the sovereignty of nations,” she said. “The United States stands with our allies and partners in the face of these threats.”

In addition to making what could be considered her most important foreign policy speech since taking office, Harris’ tour of Southeast Asia—as President Joe Biden’s most senior cabinet official—is seen as an effort to signal continued U.S. commitments to the region as developments inevitably become overshadowed by events in Afghanistan.

But in a sharp retort a few hours later, China’s Foreign Ministry referenced the chaotic scenes in Kabul and suggested Washington, D.C., had lost all its credibility because of its botched withdrawal from Afghanistan.

“The current events in Afghanistan clearly demonstrate the U.S.’s so-called rules and order,” ministry spokesperson Wang Wenbin fired back during a regular pressing briefing in Beijing.

“The U.S. can willfully intervene militarily in a sovereign country and not bear responsibility for the suffering of the country’s people. The U.S. can came and go as it pleases without considering the opinions of the international community or even its allies,” he continued.

“To maintain ‘America first,’ the U.S. can wantonly smear, suppress, coerce and bully other countries without paying any price. This is the order the U.S. wants,” he added. “The U.S. attempts to wield rules and order to justify its own selfishness and hegemonic behavior, but who will believe it now?”

The end of 20 years of American security commitments in Afghanistan would appear to reinforce what observers say is a U.S. strategic shift toward the so-called Indo-Pacific superregion.

Reflected in Harris’ remarks on Tuesday was the Biden administration’s view that the maritime region is where the most significant developments will take place in the coming decades. American relationships with the likes of Singapore, Vietnam and the Philippines—and allies Japan and South Korea—are expected to be central to future U.S. engagement in Asia.

Harris’ message to allies and partners was clear in emphasizing openness and inclusiveness, but it also singled out Beijing for criticism.

“I must be clear,” she said at Singapore’s Gardens by the Bay. “Our engagement in Southeast Asia and the Indo-Pacific is not against any one country, nor is it designed to make anyone choose between countries. Instead, our engagement is about advancing an optimistic vision that we have for our participation and partnership in this region. And our economic vision is a critical part of that.”