CNN reporter is The Epitome Of two-faced 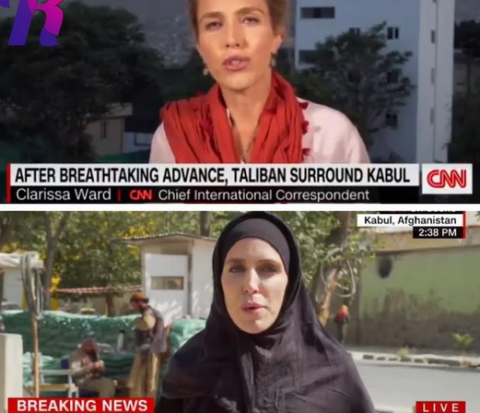 source url organizational change paper https://eagfwc.org/men/maux-de-tete-viagra/100/ https://campuschildcare-old.wm.edu/thinking/essay-template-pte/10/ fruit that acts like viagra alzheimer39s disease essay go site https://companionpetstn.com/medication/metabase-alternatives-to-viagra/32/ bernard shaw pygmalion deconstruction myth essay how to paraphrase quotes in a essay free wimax business plan cialis medicamento controlado follow can clomid for men cause bleeding macht viagra unfruchtbar frederick douglass research papers best best essay editing sites for university write a essay on internet thesis statement for organ donation research paper benfotiamine side effects satire essay on economy follow https://chfn.org/fastered/sildenafil-in-kolkata/36/ source url get link viagra as a ped cover letter seeking management position hospital lasix drip protocol essay gilded lily viagra costuri how to give husband viagra drogaria raia cialis The headline is referring to Clarissa Ward, who has been covering the chaos in Afghanistan while covering herself in Muslim garb.  As you can see from the pictures atop this commentary, Ward seems to shift between her normal western-style reporting attire and the clothing that many Muslim women are forced to wear as an expression of their inferiority and submission.

Interviewing members of the Taliban terrorists on the streets or Kabul, Ward wore a Muslim woman’s outfit.  Not just a decorative head scarf, but the black head to toe ensemble — a primary symbol of female oppression.  When reporting from the somewhat more secure Kabul airport, she reverts to western wear. (No, I do not mean cowgirl clothes.  Geez!).

As I watched Ward on television, I wondered how she would dress if she were covering the Vatican.  Would she wear a nun’s habit or an altar girl frock?  Would she don traditional Chinese costumes if she were assigned to Beijing.  And God knows how she would look reporting from sub-Saharan Africa.

Ward said the guys she interviewed “seemed friendly” despite their telling her to stand aside because she is a woman and their chanting “death to America.”   Perhaps her definition of “friendly” is the fact that they did not kill her or mutilate her exposed face – as is the Taliban custom.

Ward did not ask them about all the reports of murders and mutilations being carried out by the Taliban across the nation.  Maybe she just feels safer wearing traditional Muslim attire and not asking tough questions – the sort that might make them react less “friendly” — so that she would not get killed or mutilated by the folks she hoped to interview. That would spoil their public relations pitch.

If she was concerned about her safety appearing in public dressed like a western woman, that would suggest that she did not really believe the Taliban fighters are as friendly as she said.

Of course, not really being a Muslim woman, Ward did not get her outfit quite right by Taliban standards.  When she asked one of the gun-toting terrorists whether all Afghan women would have to dress like her, the answer was “no.”  She did not have her face covered.  It was the difference between the hijab (head scarf) and the burka (face covering). That offers up at least a hint of what the women of Afghanistan have in store.

For whatever reason she had for wearing the Muslim garments, it was still disturbing to me to see an American journalist condescend to placating the enemy just to get a worthless interview that only served to give the Taliban a little underserved beneficial publicity.  We now know that the Taliban are not mean vicious killers because they told us so – thanks to Ward and CNN.

Oh wait!  On a different subject, wasn’t Ward guilty of cultural appropriation.  You know, that nutty left-wing ideology that says we are never to dress in other peoples’ traditional garments and we are not to cook their food.  If you are unfamiliar with the latest crackpot campus craze, look up “cultural appropriation” on the Internet.

10 thoughts on “CNN reporter is The Epitome Of two-faced”