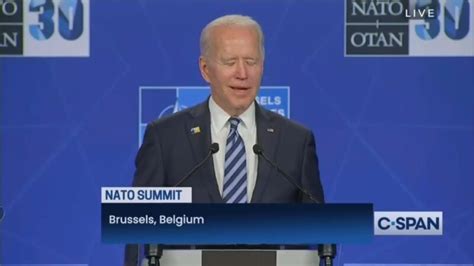 What did Biden claim?

While speaking in Idaho, Biden recalled a story that he claimed to have shared with a former Senate colleague, the late Sen. Frank Church (D-Idaho).

“I used to tell Frank Church this, I got a — my first job offer, where I wanted — my wife, deceased wife and I, wanted to move to Idaho because we — not a joke — it’s such a beautiful, beautiful state. And I interviewed for a job at Boise Cascade,” Biden said.

“And in the meantime there was a war going on, anyway,” he continued. “But the whole point was that I used to always kid Frank.”

What did the company say?

Boise Cascade, a publicly traded lumber company that generates billions of dollars in annual revenue, told the New York Post the company does not have any record of Biden applying for a job with the company, let alone an interview or job offer.

“We have no record of President Biden’s application or of him having worked for the company,” Boise Cascade spokeswoman Lisa Tschampl said. “We checked our system internally, and nothing has turned up.”

Tschampl qualified, however, that some records may have been lost over the last half-century.

“We had a diverse portfolio in the ’60s and early ’70s … so my guess is any records have been purged or transferred for the businesses/projects we are no longer involved in,” she explained. “I would not want to speculate about what type of role he may have applied for in 1972. Today we are a wood products manufacturer and wholesale distributor of building materials.”

Does the timeline add up?

As the Post noted, it’s not immediately clear where an Idaho move — let alone being offered a job in Idaho — fits in Biden’s career.

Biden married his first wife, the late Neilia, in 1966, and graduated from the Syracuse University Law School — a degree that typically requires three years to complete — in 1968. Upon graduating, Biden worked as a public defender and law clerk in Delaware before running for the New Castle County Council in 1970.

Biden then ran for the U.S. Senate two years later, winning the election to become one of the youngest U.S. senators in American history at the age of 30 years and 44 days. Biden remained in the Senate until he became vice president in 2009.