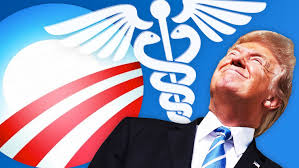 From its introduction in Congress, the Affordable Care Act (nee Obamacare) has been the subject of controversy.  It was sold to the public – and to a lot of members of Congress – on the improbable promises that all the uninsured would get good health coverage at a low cost – and any one could keep their doctor.  None of that turned out to be true.

To make it even marginally viable, the law had to force everyone to purchase an Obamacare health plan or face a fine.  The less they could afford, the worse the coverage and the higher the deductible.  In some cases, the annual deductible was so high – up to $6000 dollars – that a healthy young person would have zero coverage for normal health needs – like a bout of the flu or a broken arm.

While it promised health coverage for all, it expanded to less than half of the estimated 30 million Americans without insurance.  And the promise that you could keep your doctor was proven to be false as many doctors simply refused to take Obamacare patients.  Why?  Because many could not pay the deductible and Uncle Sam is a very slow payer.  It is the same reason not every doctor will take Medicate and Medicaid patients.

No promise was more disingenuous than the assurance that premiums would be low and reasonable.  Thanks to economist Robert Genetski, we can now know just how badly we the people were deceived by President Obama and his team of advisors.  This was not a mistake or an unanticipated outcome.  Obama’s senior advisor, Jonathan Gruber, later admitted that they had lied … yep, told a whopper … in order to get Obamacare passed.

Genetski recently did a formal economic analysis of Obamacare’s impact on insurance premiums.  It is worse that we thought.  The first paragraph of his report is a stunner.  He reads:

The report went on to say:

According to Genetski’s report, “The US Department of Health and Human Services estimates the average premium for the most popular individual Obamacare policy increased by 182% from 2013 to 2018.”

Thanks to Democrat obstructionism and Republican ineffectiveness, the frequent promise to repeal and replace the Obamacare failed to be realized.  The removal of the mandate requiring the purchase or facing a penalty was a step in the right direction.  Despite the political fighting, Obamacare will be replaced some day because it is currently economically not viable or sustainable.  It will crash at some point in the future – and then even its defenders will have to concede defeat