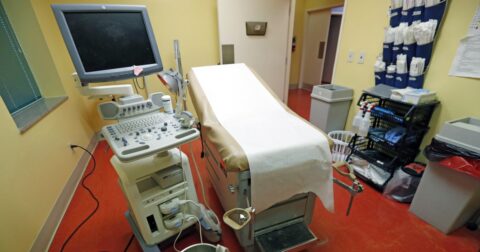 The Supreme Court will hear arguments Dec. 1 in Mississippi’s bid to have the landmark Roe v. Wade decision guaranteeing a woman’s right to an abortion overturned. The Court has just issued its arguments calendar for late November and early December.

Mississippi is asking the High Court to uphold its ban on most abortions after the 15th week of pregnancy. The state has told the Court it should overrule Roe and the 1992 decision in Planned Parenthood v. Casey that prevent states from banning abortion before viability, the point at which a fetus can survive outside the womb, around 24 weeks of pregnancy.

The Court recently allowed a Texas law to take effect that bans abortions after cardiac activity can be detected, around six weeks of pregnancy before some women even know they are pregnant. The law is unusual in that it allows private citizens to sue people who may have facilitated a prohibited abortion. The Court, split 5-4, did not rule on the constitutionality of the law but rather declined to block enforcement while a challenge to the law plays out in the courts.

Still, abortion providers took the vote as an ominous sign about where the Court, its conservative majority fortified with three appointees of former President Donald Trump, might be heading on abortion.

The providers have said Mississippi wants the Court to “scuttle a half-century of precedent and invite states to ban abortion entirely.”

Among the hundreds of legal briefs on both sides of the case is one filed by more than 500 athletes in support of abortion rights, warning that stripping constitutional protection from abortion would be devastating to female athletes. The group includes Crissy Perham, an Olympic gold medalist in swimming who said she was speaking publicly about her abortion for the first time.

Perham, who competed under the name Ahmann-Leighton, said her decision to have an abortion after becoming pregnant “ultimately led me to being an Olympian, a college graduate, and a proud mother today.” She won three medals, including two golds, at the Barcelona Games in 1992.

The Mississippi law was enacted in 2018 but was blocked after a federal court challenge. The state’s only abortion clinic, Jackson Women’s Health Organization, remains open and offers abortions up to 16 weeks of pregnancy. About 100 abortions a year are done after the 15th week, the providers said.

More than 90% of abortions in the U.S. take place in the first 13 weeks of pregnancy, according to the Centers for Disease Control and Prevention.

The justices will be at their seats in the marble courtroom for the biggest test of abortion rights in decades. The High Court announced earlier this month that the justices plan to return to the courtroom for arguments beginning in October, more than a year and a half after the in-person sessions were halted because of the coronavirus pandemic.

The Court is allowing live audio of the session, but members of the public will not be able to attend in person because of the coronavirus pandemic. Reporters who cover the Court regularly will be present.

The justices all have been vaccinated, the Court has said, allowing a return to in-person arguments after more than a year of arguments via telephone. The courthouse remains closed to the public.

The justices had been hearing cases by phone during the pandemic.

4 thoughts on “Supreme Court to Take On Abortion Case”