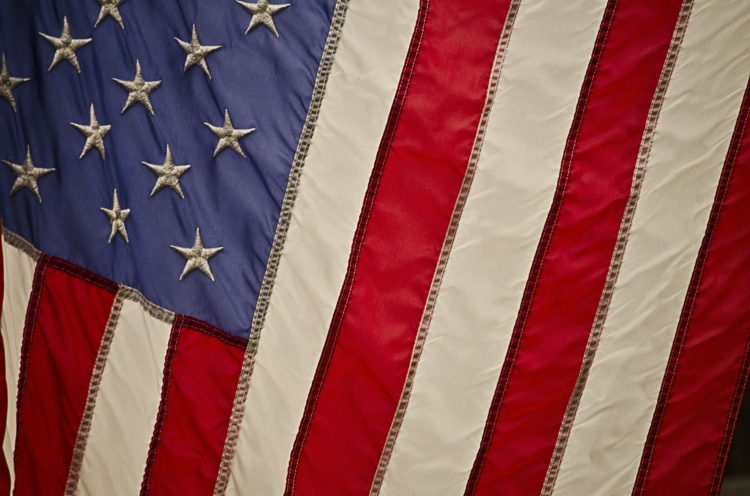 Nothing wholesome or all-American can escape the toxic tentacles of the cancel culture monster. Even our venerated national anthem is being sucked into its grotesque grip as a shrieking mob of disaffected fiends feed the bilious beast.  The soul-stirring “Star-Spangled Banner” is simply too patriotic and must be ousted.  A favored replacement is the campy “This Land Is Your Land,” a protest song penned by a slovenly socialist named Woody Guthrie.  Rather than harmony, this cancel cacophony is brimming with irony and hypocrisy.

For some, Woody Guthrie’s ditty evokes folksy campsite nostalgia with a warm and fuzzy sense of equality and inclusion; for others paying attention, its original full version is a Marxist response to “God Bless America,” a song he despised.  No wonder: Guthrie was an overt commie sympathizer who wrote 174 versions of “Woody Sez” for the communist newspaper People’s World.

Curiously, his most radical verses condemning private property were omitted from the recorded version that bequeathed royalties to his family.  This hypocrisy is stark: royalties based on copyright laws in a nod to private property that he overtly shunned.  In reflecting on why the surreptitious verses of the song went underground, his daughter Nora admits it was “very helpful to my dad because we had no money.  So thank God that they recorded something and our family was able to get some royalties from that.”  Not dissimilar in principle to multi-millionaire Bernie Sanders reeling in profits from his books, Woody seems to have abandoned the communist tenet “from each according to one’s abilities to each according to one’s needs” when it suited him.

Not to worry: At least he was consistent with commie practices in another respect: he likely stole the melody for “This Land Is Your Land” from the Carter Family’s 1935 “Little Darling, Pal of Mine.”  In essence, by collecting royalties, he was enjoying the fruits of someone else’s labor.  This was not an aberration, either, as “fellow traveler” Pete Seeger said Guthrie often “borrowed” from popular melodies.

In her musings, Nora also referenced McCarthyism as a reason to tone down the lyrics for the early 1950s version of “This Land Is Your Land.”  There’s irony here, too, given that the cancel culture that favors Woody over Francis Scott Key is about as un-American as anything the Red Scare wrought, and probably more insidious than McCarthy.

The ironies continue.  Woody was raised in Okemah, Oklahoma.  Well, SCOTUS recently ruled that half of Oklahoma is American Indian land, including large swaths that surround his old stomping grounds.  About 1.8 million people live in the area, about 15% of whom are American Indian.  As for the other 85% — I guess this isn’t your land after all.  I haven’t heard a peep from the political and culture police about that!

It’s also possible that the Guthrie clan, or their neighbors, mightn’t have settled in Oklahoma were it not for the Homestead Act that transferred federal land to private ownership — this popular movement  was applied in Oklahoma after 1889.  Turns out the private property Guthrie denounces is what enticed homesteaders to make improvements, staving off entropy — yet, rather than fine-tuning capitalism on its inexorable path to prosperity, he lazily called for complete overhaul when dust and depression engulfed the region.

Apparently, like other feckless fiends obediently serving the capricious cancel culture, Woody didn’t much appreciate Irving Berlin’s “God Bless America.”  One of his omitted verses (but often sung by his son Arlo and Seeger) included the line, “I stood there wondering if God blessed America for me” (emphasis on past tense).

With a name like Woody, one naturally wonders what it’s short for.  It turns out that his full name is Woodrow Wilson Guthrie.  That’s right: Woody’s namesake just had his name removed from Princeton’s Public Policy school.  Yep, the same Woodrow Wilson who created the National Park Service, which cherishes this public land of ours, making it accessible to you and me.

The slimy cancel culture monster and malevolent minions are convulsing with confusion:  cozying up to an insurgent anthem celebrating public land yet spewing hatred toward the most celebrated proponents of good stewardship.  This leads us to Theodore Roosevelt.

Perhaps no American president, and few humans, appreciated our land more than the conservationist who created the United States Forest Service and five national parks.  Nevertheless, the capricious culture-canceling dimwits are so imbued with inferiority complex that they cannot stand his imperious statute outside the American Museum of Natural History.  In something akin to a campus “safe zone” writ large, it must be removed, lest some sensitive soul conjures uncomfortable feelings, even though T.R. did more good than harm.  As the dimwits contort their faces into images of gargoyles, I sense they hate themselves as much as America.

Many countries have abundant land and resources yet flounder in poverty; indeed, history is replete with failed socialist regimes.  But let’s stick to our land — specifically, New Harmony in southwestern Indiana.  In 1825, Brit Robert Owen tried to institute a cooperative community there.  It was an abject failure as human resources were not efficiently assigned.  Scientists, scholars, and educators considered the menial work necessary for the cooperative to function undignified.  Without rewarding inhabitants with the fruits of their labor, the utopian experiment decayed into a dystopian mire.  Without private ownership, innovation, and pride, the land inexorably succumbed to entropy.  It proved that the distribution of resources must reward those with abilities in order to create the abundance that can then benefit the needy.

Nations do occasionally change their national anthems, and the motivation is often regime change, which makes me wonder if the cancel culture elite really cherish our land at all.  Perhaps the land in Venezuela or Cuba would be more enticing; there, they could really find plenty of oppression to whine about and revel in victimhood.

I appreciate the “spirited” British drinking song that imbibes the Star-Spangled Banner with verve.   But if we absolutely must change our anthem to conform to regime change, let that change rid the fetid swamp of the slimy progressive monster and her best “fiends.”  Let the change purge the corrupt establishment.   Rather than allowing the deplorable socialists to dis America with protest lyrics, let our alternative anthem be “God Bless America.”  Don’t undermine her; “stand beside her, and guide her, through the night with the light from above.”